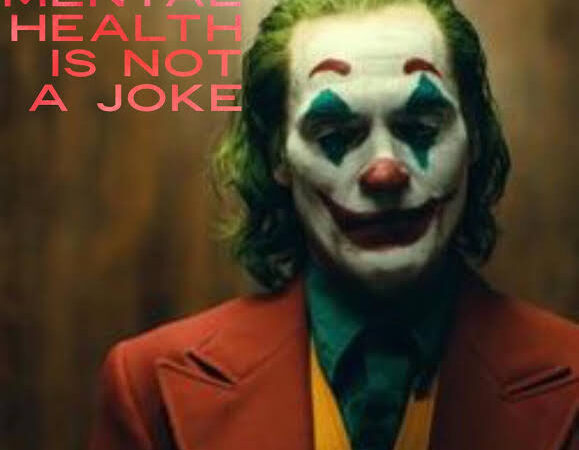 “According to World Health Organization Report India is the most depressed country in the world. It was revealed that 7.5 percent of the Indian population suffers from some form of mental disorder.”

With this fact let me narrate you a real life story. Few years back, I went to visit my friend Anupama in Varanasi. Sitting by the river side she told me her father’s Niranjan Mishra journey of fighting with depression.

Niranjan Mishra was a business man. He was doing good with his business. Anupama was remembering her pleasant memories which she prevailed with her mom and dad. Her dad was fairly doing well in his business. Was giving his best efforts for his family.

Slowly her father started experiencing mental block. And from there her family started running through a brick wall. Everything just started to change. Her father used to lock himself inside a room and spend full day crying. Slowly his behavior took a very aggressive progression, he became laden with anger. He became abusive and derogatory. He was driven towards alcohol. He lost his focus towards his family and business. He started experiencing loss in his business and the family landed in financial crunch. But to add to an element of surprise her father was sometimes realizing the situation, in the other spur of moment he used to forget everything.

Anupama was a 10 year old little girl at that time. She was baffled what happened to her father. She was anxious when she will get her loving Papa back. So many questions rambled across her mind.

What happened to Papa all of a sudden?

When will he get better?

What can be done before its late?

What can he do?

Suddenly there was a distance created between her and her father. When things went out of control relatives and grandparents intervened.

Her mother wanted to take her husband to a doctor to seek medical help but all relatives and grandparents opposed to the idea.

They insisted not to see a doctor neither to take medicine. Rather to do yoga and pray to God to improve the situation. Some also suggested that her father must be possessed by some God or Ghost so perform religious ceremony to correct the situation.

Its Sad!! but it a fact that in India mental illness is not correctly determined as an illness rather sometimes it is often associated with myths which people think can be corrected by performing religious ceremony and pray to God. Only about one in ten people with mental health disorders seeking proper treatment.

Her mother listened to relatives and did as suggested by them; which in turn made the situation much worse.

This time she fought against the family.

She was told words such as your husband will be labeled as mad. People will isolate them. It will impact her daughter’s future. But she ignored everything and took her husband to doctor.

People don’t seek medical help for themselves or their loved ones because they are stigmatized by society.

People with mental illness fear of acceptance from society.

Its shocking but its a fact they are labeled as mentally weak or sometimes mad in India.

Psychiatrist Gave A Better Understanding Of The Issue

After treatment Anupama’s father’s mental condition improved. Once she was sitting with psychiatrist during her father’s session he explained. Mr Niranjan Mishra had a disturbed childhood. He was subjected to bully and abuse quite often. He built up a habitual tendency to suppress his emotions. Even till now he used to suppress his emotions. Eventually his emotions clogged to cause his mental illness. Through series of sessions and medication his condition improved.

His life returned back to normal. But one thing hasn’t changed. He is still labeled as mentally ill, his usual anger at any issue is termed as a reaction that’s coming out because of the illness. His view, thoughts, emotions and his entire existence are seen as if it’s not normal. The stigma and the prejudice attached, prevail even today.

Mental illnesses constitute one-sixth of all health-related disorders and India accounted for nearly 15% of the global mental, neurological and substance abuse disorder burden.

In December 2015, it was reported that there are 3,800 psychiatrists and 898 clinical psychologists across the nation.

Why Mental Health Is A Social Stigma In Indian Society.

Anupama’s story propelled me to think, how shame and stigma towards mental illness gets showed in the public arena?

As I began considering how mental illness is dramatized in our film and TV. Where in patients wearing uniform are taken to deserted and shabby hospitals and given shock treatment.

The therapists see stereotypes as ‘social information’ that are all in all concurred thoughts towards a group.
Sometimes people agree that these are stereotypes yet they just blindly support it. Prejudice, then again, embraces negative stereotypes and creates negative social response because of that. For instance, there is an inclination to accept that all individuals with mental illness are violent and dangerous. This manifests a feeling of fear of the ‘normal public’ towards ‘abnormal and mentally ill’, leading to disinclination and discrimination towards them. A prejudice turned inward leads to self- discrimination.

Research has suggested that people with mental illness prefer hiding their stigma and staying in the closet. They try to avoid the stigma all together by denying their group status.

Stopping stereotypes, stigma, prejudice and changing mindset is most important to deal with mental health issue in India.

Medical aid extension and availability and spread of awareness regarding mental health issue is most important.